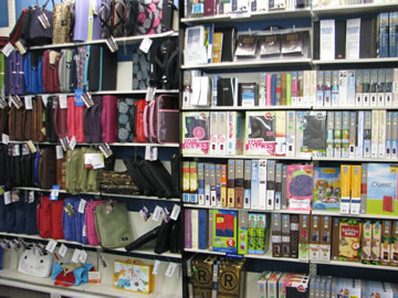 When the documents that make up the Bible were first written, they captured exactly what God wanted to say in the languages that ordinary people spoke. There was no friction between perceiving the form or structure of the text and perceiving the meaning of the text. The original audience experienced a unique combination of both ingredients.

But Bible readers today can't experience this combination any more. The Greek, Hebrew and Aramaic texts still show us the form and structure of the original but most of us can't understand what they mean. As English speakers we need translations, and we're privileged to have access to a wide variety of options that fall into three broad groups.

The first group - known to scholars as formal equivalence translations - place a particularly high priority on reproducing the form and structure of the original. This approach allows modern Bible readers to perceive many of the important details and subtleties in the text. East of understanding varies from verse to verse and from book to book, but all verse and all books achieve a high standard of transparency to the original languages.

The second group - known to scholars as functional or 'dynamic' equivalence translations - place a particularly high priority on reproducing the meaning of the original. This approach helps modern Bible readers understand the impact and implications of God's messge in words that they can relate to and grasp quickly. Transparency to the form and structure of the original documents varies from verse to verse and from book to book, but all verses and all books achieve ease of understanding.

The third group seeks to recover the priorities of the original documents themselves, allowing readers to perceive the form of the original and the meaning of the original at the same time. Striving for the optimum blend of authenticity and accessibility in eery verse, these translations allow modern day readers to experience - as far as possible - what it would have felt like to be part of the Bible's original audience.

Book Introductions - a brief overview of the contents of each Bible book and section.

Center-Column Reference Bible - a Bible with references listed in a vertical column located in teh middle of the page between two columns of Bible text.

Chronological Bible - a Bible that arranges passages in the order in which the events most likely occurred.

Concordance - an alphabetical index of Bible words and names. Each word is followed by a list of one or more verses containing that word or name.

Dead Sea Scrolls - archeologists and biblical scholars have studied the Dead Sea Scrolls and have found them to contain portions of nearly alll of the Old Testament books.  The NIV and other modern translations like NASB, HCSB and NLT incorporate the scholarship of these archeological findings.

Dictionary/Concordance - a combination Bible dictionary and concordance that is usually brief and often used in children's Bibles.

Presentation Pages - one or more pages at the front of a Bible for recording the user's name as well as other information like marriages, births, family trees, etc.

Red Letter Edition - a Bible with the words of Christ printed in red.

Single Column - a Bible with just one column of Bible text on a page.

Study Notes - notes that are not part of the actual text of the Bible but are included as helpful tools, sometimes giving additional information about the meaning of specific passages or citing additional facts about biblical people, places and times.

Subject Index - a listing of major Bible topics, each followed by a passage or passages of Scripture about that topic. Some subject indexes also references topics covered in study notes, devotions and book introductions.

Table of Weights and Measures - Biblical terms for weight, capacity and length are shown in their equivalent American measure.

Translation or version- means to take the original Greek and Hebrew Bible text and put them into today's language to make it understandable for the modern English reader.

Typeface and Size - refers to the shape and size of the letters on a page, which can affect readability.

Wide Margin - a Bible with extra white space around the text in which to write notes.